positive feedback for our school plans

We are delighted that there has been such a positive response to our plans for a new school in Leatherhead.

There was a great deal of work put into community engagement with 250 letters sent to immediate neighbours of the site, inviting them to the recent exhibition. We also invited local stakeholders and schools and flyers were sent to 2,000 addresses. 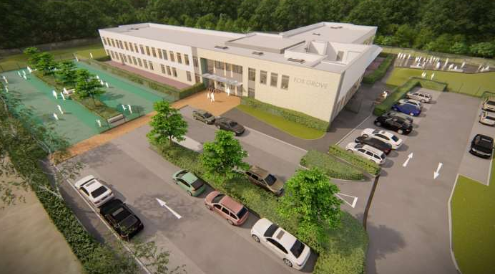 We also informed people of the pre-application investigative works which need to be carried out on site and operated a ‘feedback’ section on the website. There was also the opportunity to feedback with a freepost event and dedicated email address.

Some 171 people visited the exhibition on November 6 and private preview events were held for Therfield and West Hill staff and students. A further 49 survey responses were received by the closing date and 89 per cent of respondents support the plans for a new school and sports centre on the proposed site.

This community engagement found clear support for our plans and many people commented on the need for more Special Educational Needs places in Surrey. Students and staff at Therfield were also very enthusiastic about the new sports facilities which will be created as part of the overall project.

There was also a private preview with staff at West Hill to discuss mitigation measures for any potential disruption during the construction process.

Our school-based
PGCE could be for you.