The official planning application for our new school has been submitted to Mole Valley District Council which is the decision-making authority in our case.

The plans show how our new school may look and how it will fit into the existing environment, including the ancient woodland area which will be protected. 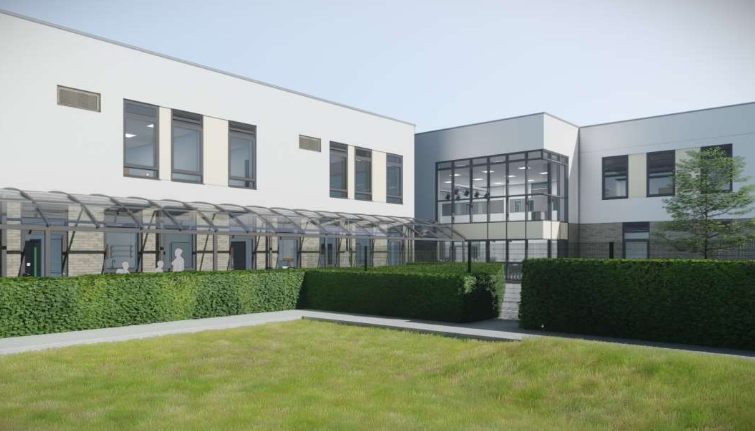 A Design and Access statement submitted alongside the application says: “The proposed Fox grove School is of a scale and mass which sits comfortably within it setting, delivering suitable and adequate associated outdoor spaces, separation from the more sensitive boundaries, and which relates well to the adjacent West Hill School.

“At two storeys in height, the building will sit against the backdrop of the woodland behind and be of a scale in keeping with West Hill School to the east. The use of a flat roof design will minimise visual impacts and scale.”

The detailed application also shows a relocation of existing parking bays along the access road to West Hill. The road will be reconfigured to facilitate simultaneous two-way movement. This will be an improvement to West Hill School and allow vehicles from both there and Fox Grove to leave and arrive at the same time.

If approval is given, at least 10 per cent of the available parking spaces will be for electric vehicles, with a fast charge socket. The school itself will also have photo-voltaic panels to harness solar energy.

Members of the public will be able to comment on the proposals until Mid-February and it is hoped the Development Management Committee of Mole Valley District Council will discuss the application at its meeting in April.

Our school-based
PGCE could be for you.